The American Dream As We Know It Is Obsolete (Alternet)

Why progressives need to think beyond the mantra of creating a “middle class America.” 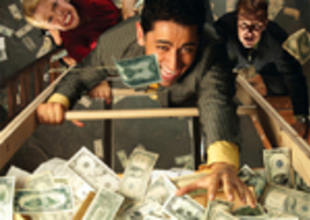 We’ve hit 14 occupations thus far. The latest ones being Charleston and Huntington, West Virginia, and Lexington, Kentucky. One common refrain is “the American Dream” is no longer possible, it’s dead or it’s a nightmare. The American Dream is shorthand for the middle class utopia. It’s the post-WWII ideal of well-paying working class jobs that can support a family, which have full benefits, and hope that the next generation will be better educated, have more opportunities and greater prosperity.

It’s a powerful mythology that ignores how socially deadening post-war society was. It was based on American Apartheid, virulent anti-Communism and suffocating notions of sexuality. Poverty was still widespread at home, Cold War militarism and the rise of advertising boosted the economy and plunder from the underdeveloped world allowed for increasing standards of living at home.

In the following article published before the occupy movement began I argue against the idea that “saving” the middle class should be the center of political or social struggles. Now, this is highly relevant to the Occupy movement because many people we have interviewed think we can just return to this post-war fantasy with a few policy tweaks and an election or two.

Just as the current crisis festered over many decades and is thus deeply rooted in our socio-economic system, creating a new world means radically restructuring our society and social relations, something that is not going to happen overnight or by electing some Democrats.