Empire of Chaos: How 9/11 Shaped the Politics of a Failing State (Alternet)

The neoconservative ideas that shaped the war on terror have evaporated as the United States is battered by an economic depression that shows no end. 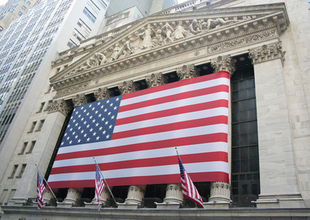 The events made my mind reel. The angry plumes of smoke, office paper raining like confetti, tumbling windows flashing in the sunlight. I could make out jumpers and watched a jet fighter whoosh by the burning towers, bank and disappear. I thought, “This is like a movie.”

It upset me that my only way to comprehend the events was to reference the Hollywood imaginarium. But it was understandable. Where else would I have seen images resembling the war in my backyard – collapsing skyscrapers, gigantic fireballs and thousands of dead?

The need to make sense of the events of Sept. 11 – the plot by al-Qaeda, four hijacked airliners, the demolished twin towers and nearly 3,000 dead – is universal. It is why the state’s first task after 9/11 – before one bomb dropped, one soldier deployed – was to imprint the “war on terror” on the collective American mindset.

END_OF_DOCUMENT_TOKEN_TO_BE_REPLACED

The severe economic crisis, now in its fourth year, is being used to batter the remnants of the social welfare state. Having decimated aid to the poor over the last 30 years, especially in the United States, the economic and political elite are now intent on strangling middle-class benefits, namely state-provided pensions, health care and education.

The initial neoliberal assault under Ronald Reagan and Margaret Thatcher reorganized the capitalist economy and hammered private-sector unions into submission. This was accomplished by putting labor back into competition with itself by off-shoring industrial production, through deregulation and with frontal assaults on labor rights, organizing and solidarity.

Similarly, the current attack is a two-pronged effort to reorganize state social services, either by eliminating or privatizing them, and decimate public-sector unions whose workers provide those services. While the safety net is being withered by attrition, police and spying agencies are getting more powers and funding, and the wealth of the super-rich and record corporate profits are deemed off-limits to taxation to close any government budget gap. END_OF_DOCUMENT_TOKEN_TO_BE_REPLACED